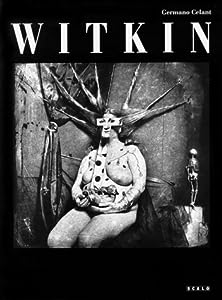 I own two copies of the first Witkin book I ever saw, Gods of Earth & Heaven.  One copy is a first edition with some slight water damage, and the other is a second edition, signed by the artist.  Awesome.  They scare the shit out of people.  This book collects over 100 images from a twenty year period.  It is a catalog from a retrospective of Witkin’s work held at the Guggenheim Museum.  Oh shit what I would give to travel back in time and see that show!  Amazing.
I love Witkin’s work.  It is truly profound, while being complete artifice.  It is total ART.  It is not for everyone.  My wife will not really look at it, and I keep the books away from my mom.  In every aspect, Witkin’s work lies at the extreme of what photograph can convey.  As Mr. Witkin has said himself, “when people see my work, there is no ‘grey area’ of response.  What they experience is either love or hate.”

I think most artists would kill for strong reactions such as these.  I would love to take his books back in time to the Victorian Era, or some other highly refined bullshit era, and see what they would think. My guess is that, in times when culture is highly refined, regimented, and ornate, those very same people secretly long for the ugly, the profane, the disfigured and the grotesque.
When the world seems too sanitized, when art and music and entertainment is so dumbed-down, so focused on the lowest-common-denominator, it is art that pushes everyone’s boundaries that becomes much more important.