David Letterman was the First and Last of his kind. 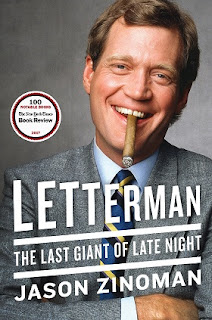 My favorite television show was always Late Night with David Letterman.  As a kid in the 1980’s, I loved staying up late on Fridays, or on weekdays during a school break, and watching this weird, confusing, and downright absurd television show.  The host was an odd-looking white dude who did not seem to actually care, and his comedy was at times mean, at times rude, and definitely at times juvenile.  For a while cable TV would re-run old episodes of Late Night, which allowed me to catch up on the insanity I had missed.  This was awesome.  I even started a Church of Letterman with my friend Antonio Villalobos, but we had no converts.  When I went off to college I would never miss the show.  I would regularly go to sleep around 12:30 PM, (or midnight if the guests were boring).  During that time I was “written up” by the RA over a dozen times because I was laughing way too hard during “quiet hours” which at our dorm ran from 11:00 PM to 6:00 AM.  I did not care.  I wanted to watch Dave and Paul.  In all that time, I felt like I never really got to know Mr. David Letterman, the man whose singular voice excited a generation of cynical and jaded slackers.  That is the beauty of books such as this.  They allow me to fill in huge gaps of knowledge while providing context for some of my most favorite and treasured television memories.

As a super-fan of Dave, I knew the basics of his life story.  His early work at Ball State University’s radio station, his early gigs as a news weatherman on TV, and his “acting” in shows such as The Mary show and Mork & Mindy were all known to me.  Dave is a private man however, and surrounds himself with other private people, or at least people who will not yap about Dave to the media.  Because of this, the inside info found in this book is all the more exciting!  The author has done extensive research and interviews with people from Dave’s early life, and fleshes out a lot of what made Dave who he is from these sources.  It is very cool and funny to hear how Dave would screw with his bosses from the start, never letting them get comfortable with him.

The author, Jason Zinoman, breaks down the late night talk show career of David Letterman into three separate parts, each focused on a different type of show, a different type of comedy.  After the failed morning show, the classic Late Night with David Letterman began.  For the first few years, the thematic center of the show was an unbridled and caustic attack on the conventions of television, celebrity, and show business itself.  This was Dave breaking down the very form of what he was trying to create, a talk show where stars and celebrities come to peddle their latest work, and where the host usually comes off as an ass-kissing sycophant, helping create the false images of celebrity and fame which Hollywood uses to sell their product.  The author describes the various people involved and gives a lot of credit to these early writers and directors.  They helped guide Dave into his proper role.

A few years in, and the show changed again.  This time, for the better part of 4-5 years, Late Night with David Letterman became a crazed circus, an insane madhouse which destroyed even the visual conventions of a televised talk show.  It was more high-concept, and less snarky.  This version lasted quite a while, and created some of the most memorable moments in talk show history.  It was this version of the show that made Letterman a superstar.  He was now unable to distance himself from celebrity by ridiculing it.  He WAS celebrity.  Late Night became the one show that up-and-coming comedians wanted to be booked on.  It was the only show that booked cutting edge bands, many of which made their national television broadcast debuts on Late Night (REM for instance).  Dave had become a bigger star than his guests.

The show changed once again after the Tonight Show was given to Jay Leno instead of Dave, who was Carson’s personal fave.  The show moved to CBS, and Dave became more of a fatherly curmudgeon, with the show becoming bigger and grander in every way, from the sets to the ever growing band, to the nicer clothing being worn by Dave.  This was all in response to CBS moving the Late Show with David Letterman to an earlier time slot to compete against Leno’s Tonight Show directly.  It seems that age and hard-earned wisdom tempered the manic crank that Letterman used to be.  While I missed the insanity of the earlier iterations of this show, I stayed a true fan and appreciated it for what it was.  Dave’s absurdist streak still remained, and Paul Shaffer and Dave became even more of a comedy duo.  The show also had more gravity at an earlier time slot, and it seemed Dave took it a lot more seriously.

During the time that Dave was on the air, both at NBC and CBS, countless other pretenders tried their hand at the format, each of them eventually being dumped by their networks.  By the time Dave went off the air, there were countless other shows, hosted by watered-down versions of himself.  None were nor are as good, and it is likely no one will ever capture the entire nation’s imagination with a late night show like Letterman did.  He was never personally satisfied.  He berated his writers and himself for not being funny enough, and he seemed to actually HATE being a famous person, but I think it was because of this that his comedy worked.  He stood outside the Hollywood shit-storm and assaulted it endlessly with words and comedic ideas.  A talk show depends upon a steady stream of actors and celebrities shilling their latest bullshit, but Dave upended that idea.  He did not care about their projects or what they were supposed to promote.  He wanted to create entertaining conversations and interactions, not promote shit with canned answers from his guests.  Those who understood became his favorite guests.  Those who did not were mercilessly mocked.  They deserved it.

(This book can be ordered here: THE LAST GIANT OF LATE NIGHT  )
Posted by Rob Instigator