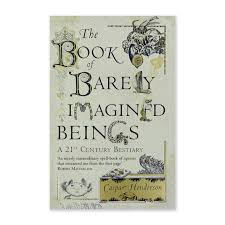 Bestiaries are bad-ass.  I even like the word itself (a collection of beasts!!!).  For the most recent human history, bestiaries were collections, much like encyclopedias and atlases, that sought to compile the whole breadth of the animal life found in a specific area of the world.  Ancient Greek and Roman scholars would compile these amazing bestiaries, mostly based on word-of-mouth and accounts brought back from intrepid sailors.  Because their sources were never actually verified, many of the entries found in these old bestiaries are either for wholly made up animals, such as chimeras, unicorns, and gryphons, or they were for severely misidentified and poorly described animals, such as the rhinoceros, which was originally thought to have armored plating, and whose horn it was said would spew fire when the creature was angry.  While many of these descriptions sound poetically correct, (you do NOT want a 2 ton rhino angry at you.  You will swear he has fire shooting out its snout as it comes to wreck you up.  Also, its thick, folded skin, does indeed look like armor plating,) they were not up to the veracity needed to function as true scientific categorization.
Around half a decade ago, author Caspar Henderson started to think about animals, specifically the ones that are surprising to encounter.  These animals are so amazing, so unique in their morphology or their behavior, and so different from the standard animals we humans find ourselves exposed to, that they may as well be mythical.  He began to do the research that led to this book.  Mr. Henderson’s love of nature shines through in his writing.  He has chosen one animal to represent each letter of the alphabet, and in each chapter he manages to not only describe the amazing animal in question, what we know currently about its life, physical properties, and behavior, but he also explores the way humans have discovered these details, how humans used to see these animals historically, and the possibilities inherent for us in studying these magnificent creatures.
I am a huge nature nut, and I am always in awe of the seemingly inexhaustible variety of form and function that life has taken on our lovely planet Earth.  I was quite familiar with some of the animals in this bestiary, and I was completely ignorant of several of these creatures.  I learned quite a lot about or fellow animals, and was left with a distinct impression that, for all we humans know about life and the universe around us, what remains to be known is so vast, and so completely unpredictable to us, that it shines a harsh light on the selfish way we humans treat our Earth and its fellow inhabitants.  We are all in this together, whether prey or predator, scavenger, or parasite.  The more we know about the world around us, hopefully the less we will take it for granted.  When we destroy nature we are destroying ourselves.

(This book can be purchased here: THE BOOK OF BARELY IMAGINED BEINGS )