Comedy can come from some dark places, but DAAAAMNNNN... 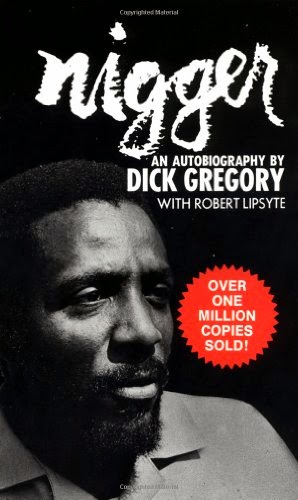 One of the characters in a Stephen King book I read, a writer, states that he was told once that you should start a book with the saddest story you can think of, which will put the reader in sympathy with you.  (This was probably something told to Stephen King himself at some point.)  This book by comedian and civil-rights activist Dick Gregory starts off sad, gets sadder, and sadder, and then dives deep into harrowing.
It is said that comedians come from places of great internal hurt.  The greatest of comedians are notoriously cynical, angry, bitter and sad people.  Many of them are clinically depressed.  Even when their comedy material does not share this, the underlying hurt is what drives the comedy.  Dick Gregory is one of the giants of comedy, and he has drawn from a nearly unbearable early childhood described in the early parts of this book, as well as his experiences growing up in a racially segregated America, to create his humor.  Humor is a coping mechanism.  When faced with tragedy, horror, and the extreme ugliness that humanity is capable of, one can either emotionally disconnect, become extremely angry and militant, or one can laugh at the absurdity of it all.
Dick Gregory’s childhood is sadly way too similar to so many other people’s childhoods. Poverty, alcoholism, abuse, neglect, and far worse, could have crippled him, but instead it made him tough.  It made him take no shit from no one.

The worst comedians are the ones that grew up soft and coddled.  They bring no real pathos to their jokes.  Dick Gregory’s comedy is always laced with pathos.  Between this book, and Art Pepper’s “Straight Life,” I have read two of the harshest accounts of lives which led to entertainment fame.
I highly recommend this book for anyone interested in the life of a comedian, the conditions that the poor are forced to survive, and the politics of America in the last 60 years.  Mr. Gregory has been an outspoken advocate for change, and has tried his whole life to help those who barely exist, and who are ignored by the world at large.
Posted by Rob Instigator