Carl Jung was a bad-ass of the highest caliber. 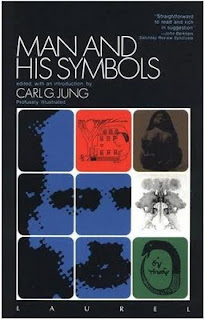 Carl Jung was a genius who explored the human psyche in ways that we are still dealing with and trying to process today.  However, he rarely wrote for anything other than scholastic and scientific journals, which means that the average person really cannot get a full grasp of his ideas except through the writings of others, who cannot help but distort them a bit.  His one-time co-worker and eventual intellectual nemesis, Sigmund Freud, is much more well-known and his ideas are more widely disseminated, even though most of his ideas have been discredited for decades.  People still think Freud is the authority on the mind and consciousness.
Carl Jung’s ideas and work are so dense, so full of meaning and information about how humans think and dream and live, that it is a shame he is now known more widely.  This book, which he wrote on the urging of his assistants to write something that spoke directly to an interested lay-person, explains how and why he developed his ideas about symbols, dreams, archetypes and more.

Often humorous and full of personal anecdotes which directly relate to what he is describing, this book was finished just before his death in 1961.  For someone who is interested in how humans think, why we think the things we do, why we have so many universal mind experiences, this book is excellent!  It is packed with illustrations, footnotes, and asides, each one helping to illustrate the points Dr. Jung is making.  It really feels like he is talking directly to the reader.
The insights into Jungian psychology have helped me connect dreams, thoughts and experience with past readings.  It is like getting a tour of our mental underground!  Very cool stuff.
( To read a chapter from this book titled The Function of Dreams in .pdf format click here: http://peyser.sewanee.edu/Sites/276%20Pseudopsychology/readings%20provided/Quiz%202/Jung%20Function%20of%20dreams&.pdf )
Posted by Rob Instigator