Sometimes photographs are not pleasant. 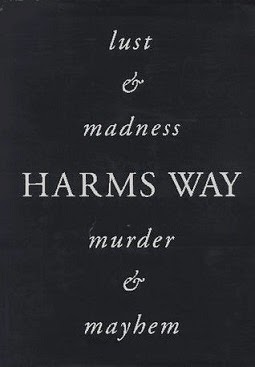 Photographer Joel-Peter Witkin first came into my consciousness around 1992-1993, when a dorm-mate of mine, one legendary Barnaby Struve, shared a bizarre book of photographs by Witkin titled Gods of Earth & Heaven.  Inside were maniacally prepared photographs of deformed people, dead bodies, freaks, and all manner of grotesquery that just blew my fucking mind.  I never knew people did such bizarre art!  It was one of those experiences where you think, “The world is a far, far stranger place than I ever knew…”  He truly is a twisted, beautiful master of the bizarre.
This book, however, is a collection of photos edited by Mr. Witkin, divided into four parts.  The first consists of turn-of-the-century crime scene photos (meaning turn of the 19th into the 20th century), and then 19th century photos of mental asylum inmates, complete with annotated diagnoses from the doctors.  The other parts are collected medical photos from the 19th century, care of the Burns Archive, and finally images from the Kinsey Institute of sex research.  Each is presented with very little commentary by Witkin.
It is a very strange book, and makes for difficult reading sometimes, as one is confronted not only with the violence we do to each other, but also with the ways we choose to see ourselves, hiding our kinks, putting our mentally ill in asylums barely better than gulags.  Witkin has always been into the dark side of human nature.  These images are not beautiful in the normal sense of that word, but they are REAL, and that counts for more.  It is a book that I own and will keep as a reference for my entire life.


It is easy to forget that photography has been around for over 160 years now, and that so many images taken for purely informational purposes are hidden away in vaults, or slowly crumbling in an attic somewhere.  It takes someone like Witkin to rescue these images from the neglect and share them with the modern world.