Why do humans go to war? Could it be we have no choice in the matter? 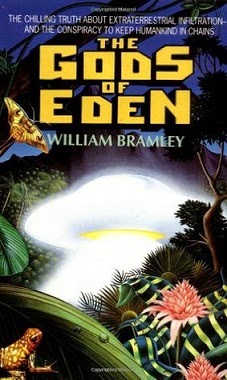 This book is quite the mind-fuck.  Bramley starts off the book with the question, “Why do humans go to war?”  War is hurtful.  War is seen as an evil thing by most.  War destroys nations and whole generations.  War sometimes decimates an entire people.  It makes no sense for humans to war.
This is all well and good, and people will usually agree that war makes no sense, but this assumes that those in power have the same common good in mind for everyone.  That is the lie fed to everyone.  Those in power do not fight wars.  They choose when and where to fight and then send off the “regular” people to kill and die.  In essence, war as it is currently practiced is a form of social control.  This is the foundation for Bramley’s exploration into why humans war, when it is in the best interests of very few.
A nation divided by war does not focus on who is calling the shots.  Fear reigns.  War makes living be about “Us” versus “Them.”  Internal strife can be escalated and inflamed until a country tears itself apart.  On the flipside, war is highly profitable.  Those in power are also the ones who supply goods, weapons, assistance, and equipment to any war effort, with many of them making money from both sides of any conflict. William Bradley goes into deep human history to try and shine a light on what he sees as the true source of all human war and conflict.
Like many people who look at old legends and myths and try to translate them as just “uneducated history,” Mr. Bramley takes the reader on a journey through the many hypothesis which say that the old religious stories are really coded/disguised versions of actual events.  Because of this he comes to the conclusion that two races of extraterrestrials have fought for control of the Earth since before modern humans came to be.
A lot has been presented (or disseminated, depending on your point of view about this), in the mass media about the Ancient Astronaut Hypothesis and the like, usually focused on the distraction of technology gained from the aliens.  Mr. Bramley, however, delves into what the Ancient Astronaut hypothesis means as it applies to war and human suffering. He states that the descendants of the alien races that old humans talked about in their myths are still around, controlling the world through war and war’s economic impacts.  A “Brotherhood” which functions at the highest strata of human society, has controlled, and will control, humans since the earliest times.  According to Bramley, we humans are all seen as slaves, or more bluntly, as cattle.  It is hard to dismiss these claims offhand even though the details seem quite far-fetched.


Decades after any war the true causes are usually brought to light.  Recently the USA went to war in Iraq, based on outright lies.  We were told that Iraq and their leader Hussein helped terrorists attack the USA (9/11, World Trade Center).  This was a straight lie, proven so soon after, but that proof did not stop the war, nor did it come back to bite anyone in the ass, as President George W. Bush was re-elected following those war-mongering lies told on his behalf.  In Vietnam, the USA went to war to supposedly fight against the evils of communism.  (How one fights a physical war of killing and death against an ideology is anyone’s guess)  In the 1990’s it came out that the entire 14 year war was partly an attempt to make the USSR exhaust it’s resources.  No one making the real decision to go to war in the USA gave a flying fuck about the Vietnamese, and after years of attrition, where the USSR spent money on fighting the USA instead of on the space race, the USA was ahead in wealth, power, influence, and had reached the Moon several times.  The powerful in the USA funded and supported both sides of the Second World War with money and industry.  History reads that World War I, the “war to end all wars,” was started by an assassination, but it has been shown to have been in the works in international power circles for years in an attempt to re-draw national borders in Europe.  Why do people keep supporting the killing of our fellow man?  Because they are controlled and lied to.
These seemingly endless lies told to regular people to make them happy to go and kill and die for those who would never kill or die for them feeds paranoia.  It makes the ideas in books like the Gods of Eden plausible.  At the least, they should help to foster a deep incredulity about the shit government feeds the masses around the world.
I would recommend this book to those who wish to know more about the implications of the Ancient Astronaut Hypothesis, rather than the distractions presented in shows such as Ancient Aliens.

(This book is available for download as a .pdf file here: http://cdn.preterhuman.net/texts/alien.ufo/Bramley,%20William%20-%20The%20Gods%20of%20Eden.pdf )
Posted by Rob Instigator