The Gnostics all died, yet their works live on 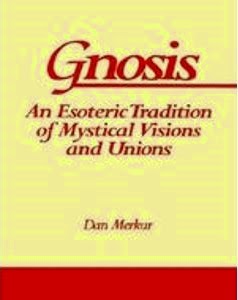 The term “gnostic” is a bad word in organized Christian religious circles.  They use it to designate and denigrate the early Christians who interpreted Jesus’ teachings as being about the individual’s ability to experience direct communion with the Almighty.  Original Christianity, after being codified by Constantine and his cronies, taught that Jesus was the way to God, and that only he had the divine within him, all the rest of us being low, gutter matter in need of salvation and redemption.  The Gnostic Christians however, believed that Jesus taught that within each of us lies the divine, and that each of us is a “son of god,” capable of eternal life through direct mystical experience.

Since the Gnostic view does not allow the creation of churches, devotion to the priesthood, or the blackmailing of the faithful into giving their money and energy to human-created temples, the organized churches tried to destroy everything the Gnostics wrote.  They attempted to erase their existence from the collective memory of humanity.  This drove the Gnostics into seclusion in the desert which is why we have the Gnostic works today.  They survived through isolation, and were found in remote caves in the mid-20th century.  The thought police cannot destroy what we want to save.
“Gnosis” is the Greek word for knowledge.  In religious terms, “gnosis” is the reception of wisdom from direct communion with the almighty divine.  Gnostic Christians, as well as their counterparts in Islam, Judaism, Buddhism, etc., teach that self-knowledge is the key, and once one knows oneself, one will be able to leave that knowledge behind and see the divine within us all.  Organized religions fear this.  They teach that only through the prayers of their interlocutors (priests, saints etc.) one can be “saved” which will allow, if one is lucky (or paid the church enough money) a union after death with god and life everlasting.
Dan Merkur shares all the information he can, drawing parallels between the early days of Christianity and Islam, before the “rules” were codified by the priest classes.  Religion is a social control mechanism, and gnostic teachings go against everything taught by the con-artists we call priests, pastors, bishops, etc.  The Gnostic ideas are evident in all human spirituality, tracing back to pre-Egyptian days, and have retained their power via the work of mystics throughout the centuries.  There is mad wisdom to be found in Gnostic literature, and it is great that it survives to our time.  Many of the themes in esoteric realms such as astrology or alchemy are actually coded instructions to those seeking initiation into the mysteries.  I love reading about the many ideas killed by the assholes that enslave much of humanity through their “religions.”
Posted by Rob Instigator