The kooks are running our government 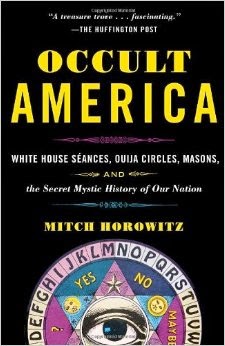 I would imagine that the majority of Americans believe that decisions are made for them by people who study hard, learn the critical information, and make judgments based on sound rational thinking.  This is not the case.  So many of the people we elect to make decisions for us are just as obsessed with mumbo-jumbo as the dupes calling astrology hotlines for $3.99 a minute.  This is not a new thing.  The history of the USA’s government is full of kooky shit.

From before the Revolutionary War, the new colonies were awash in mysticism, both brought over from Europe and homegrown.  Everything and anything was fair game, from Spiritualism, to Mesmerism, to Quakers, Shakers, and Christian Scientists, any brand of hoodoo was welcome by someone in the USA, where it grew and grew.  The “Occult” never went away, and everyone is directly or indirectly connected.
During Reagan’s presidency, him and his wife Nancy regularly consulted astrologers to help them make decisions and choose the best times for certain Presidential activities.  Many act as if Occult knowledge is hidden away, or used by only a few weirdos, but it is rife in America and there is no way to escape it.  This book gives a great overview of it all, and does so in a very readable manner.  Sometimes, books such as this tend to degrade into endless lists of dates and facts, supposedly correlating with something greater.  Not this book.  It gives a very clear narrative and ties everything together nicely.  Having read up on the various elements involved, it is nice to have a book such as this that ties it all in with the policies of a government.  Too bad it is describing my government.
Posted by Rob Instigator