This is some scary shit... 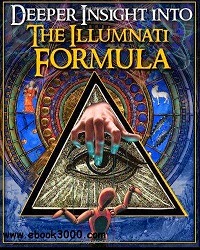 As I travel through the literary fringes of the world, I find much reference to the claim that the government/Big Business/Entertainment Industry engages in what is essentially mind-control.  Based on all I have read in the news or in history books, the US government claims (a) that mind control/brainwashing does not work (which means they at least tried it), (b) that our enemies use mind-control techniques (which would imply that they do work), (c) that the CIA engaged in a project titled Project Monarch under the banner of  MKULTRA, which was “terminated” in the early 1970’s, to try and create mind-controlled slaves, (d) That the heads of the CIA ordered all materials for project MKULTRA destroyed (which means that, knowing how government really works, they hid the program under a new name and pretended to end it to stop the inquiries), (e) that the human mind, when faced with horrific trauma, will disassociate itself, creating separate “personalities” or “alters” to cope with the trauma.

Mr. Springmeier writes about how the methods of creating these slaves came about, how they do what they do, and how they use the slaves they create.  It is scary, scary stuff.  The worst of trauma, psychological, physical, sexual and much, much worse are inflicted on young children under the guidance of controllers who, using all the techniques developed by Nazi scientists, USA scientists and CIA/Government sick fucks, and secret societies, can create “alters” which will be used for anything from sexual slavery, to assassination, to human data couriers whose mind is accessed by implanted codes and signals, usually taken from much of popular culture.


While the hierarchy that supposedly controls these groups, “The Illuminati,” may be more of a red herring than a true organization, it is a verified fact that our own government, and others around the world, conducted unethical, immoral tests on humans, with and without their consent, giving them drugs, electroshock therapy, isolation, torture, and far, far worse.  Our government claims it stopped these things.  (Suuuuure….just like they claim that the CIA no longer runs cocaine and heroin shipments like they did during the Vietnam War)  Believe nothing these fuckers tell you.  They are either lying or they are not in the know.  Those not involved claim it does not really exist.


The implications of these horrors are so profound, so evil, so outright inhuman, that it makes this book a very hard read.  Quite frankly, evil hides in plain sight.  The more we all know about their methods the easier we can spot their use around us.  I would not recommend this book to all, as the content could trigger latent memories of abuse, and one needs to be ready for that, hopefully with professional help on hand to guide one through these things.  The evil that humans do to other humans is far worse than any horror fiction can suggest.  Horrible stuff.  This book is a follow-up to his previous book The Illuminati Formula Used to Create an Undetectable Total Mind Controlled Slave which details the methods used.  Not for the faint of heart.
(This book can be found in .pdf format here:  http://www.whale.to/b/deeper.pdf )
Posted by Rob Instigator