Blind belief in anything spells trouble 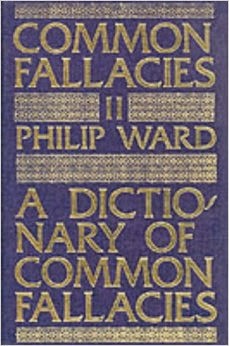 Anyone that knows me knows that there is nothing I love more that reference books.  I love to read them cover to cover, and have loved it ever since I would sit in the school library at lunchtime reading the dictionary.  I think the new term for folks like me is “Power Nerd.”  I can dig it.
Of course, some reference books are better than others, and some cover topics I could give half a fuck about, but since I have been on a related kick lately this book was appealing to me.  Quite a lot of what humans think of as common knowledge of history or science is actually collective ignorance hiding behind what sounds like truth.  Sometimes a fallacy can be pointed out, explored, and explained and people will continue to believe it, passing it around like gospel truth.  This is because people are generally lazy ass bastards who only spout off the first thing they heard without any critical analysis of the subject at hand.
Take for example the stories people tell of poisoned candy at Halloween.  Every year, people scared the shit out of parents by declaring that someone has poisoned Halloween candy, has inserted razor blades into candy apples, or has infected the candy with some sort of disease.  People fear this, and they keep their kids from trick-or-treating because of it.  Looking back at the record, both historical and in old newspapers, there are only two cases of candy poisoning.  Both cases were from immediate relatives of the children involved, uncles, parents, etc., who poisoned candy given specifically to their relatives.  There has never been a single case of a random stranger poisoning children who trick-or-treat at their home.  Yet, every single year, the scare tactics begin on the newscasts and the newspapers, scaring the shit out of concerned parents.  The ones who suffer are the kids who just want to dress up in costume, have fun, and get free candy.  What a load of shit.

Common acceptance of fallacies affects us all, even those who should know better, such as the people running our countries’ governments and making decisions which affect the rest of us.  While this is not the most readable book, and some of it is outdated, it would still be cool if more people read it or at least kept it in their offices for reference when bullshit lobbyists come begging for special favors.
Posted by Rob Instigator