I should not have wasted my time... 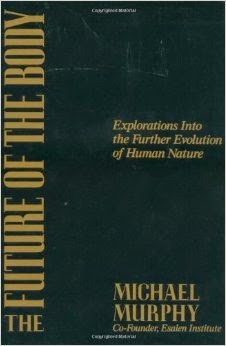 The Future of the Body: Exploration Into the Further Evolution of Human Nature – Michael Murphy, Mich Murphy (1993)
The writer of this book, Michael Murphy, is the founder of the Esalen Institute, a retreat/think-tank/hippie palace in California that was the nexus of the New Age movement which has contributed to the general stupidity of humanity since its creation by sponsoring every single fringe endeavor, from psychic research to holistic medicine to ever manner of bullshit imaginable.
I did not know this when I started reading this book.  It really doesn’t matter, but it helps explain the construction of it.  The author ranges through all sorts of topics, and what makes it tolerable is that he never really endorses the weirdness he describes, only using it as a jumping-off point to discuss the capabilities of the human body and mind, and how they may be evolving in the future.  While not being specifically supportive, the writer assumes a lot of what he describes is true, or at least true enough to merit inclusion in the supposed abilities of the human mind.

I was not too impressed by this book but it did touch on many fringe topics and ideas.  It seems like an effort to combine unrelated ideas into a coherent whole, which is fine, although seemingly unfeasible.  All in all it was a mildly entertaining read.
Posted by Rob Instigator